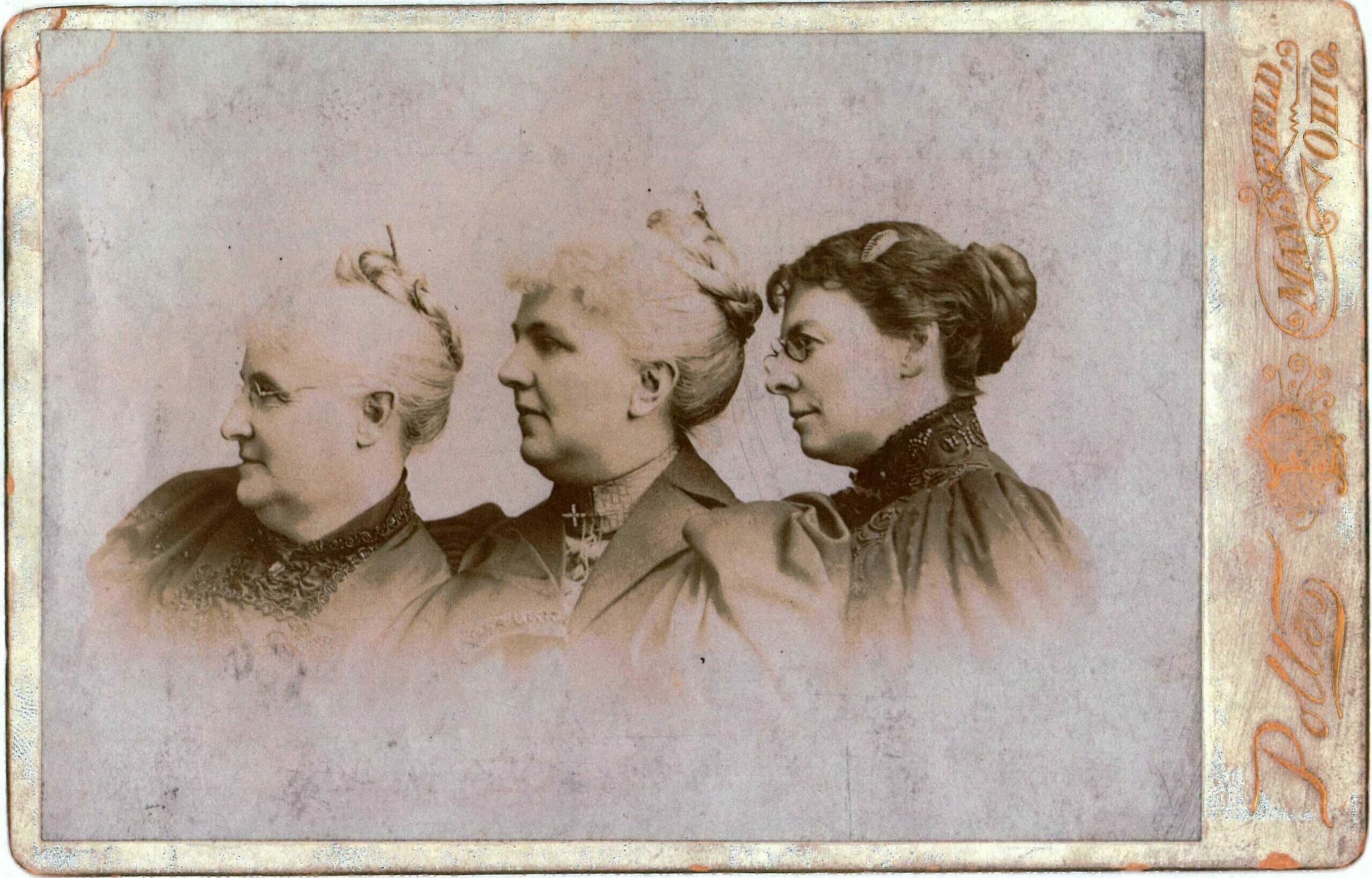 The Mansfield Memorial Library Association begins operations in the Soldiers and Sailors’ Memorial Building on September 3.

Head Librarian Martha Mercer travels to New York and is granted $35,000 from Andrew Carnegie for the purpose of constructing a library in Mansfield.

The library board is given the deed to Grace Episcopal Church, 43 West Third Street. Architect Vernon Redding is chosen to design the new library. First Children’s story hour held in library rooms of the Memorial Building. 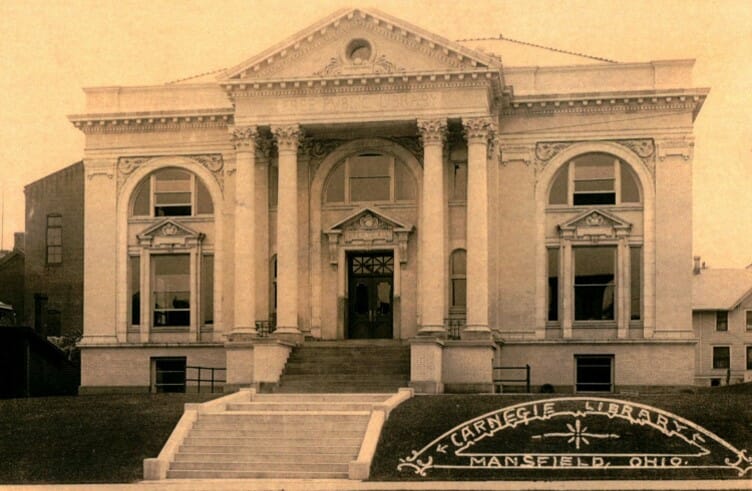 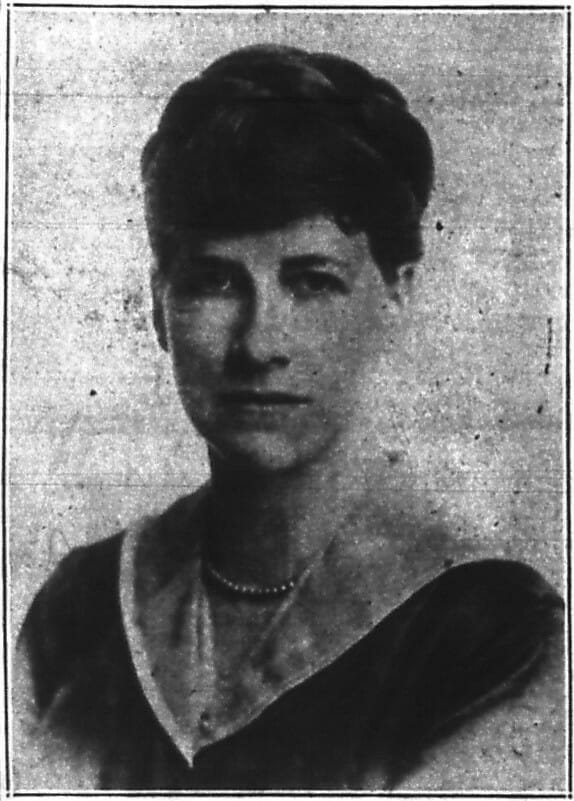 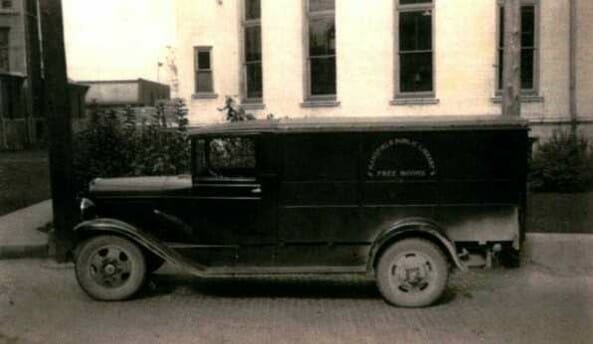 Mildred Sandhoe becomes head librarian after Helen Fox’s death. The library board purchases a bookmobile to serve outlying areas of the county.

The 25 year-old Carnegie Building is renovated and thoroughly cleaned by crews from the Civil Work Administration.

Voters approved an $80,000 bond issue for expansion of the Main Library.

Jeffrey Krull hired as Library Director after the sudden death of A.T. Dickinson.

The library joins the computer age by purchasing TRS 80 microcomputers for public use. Videocassettes are also introduced into the collection. 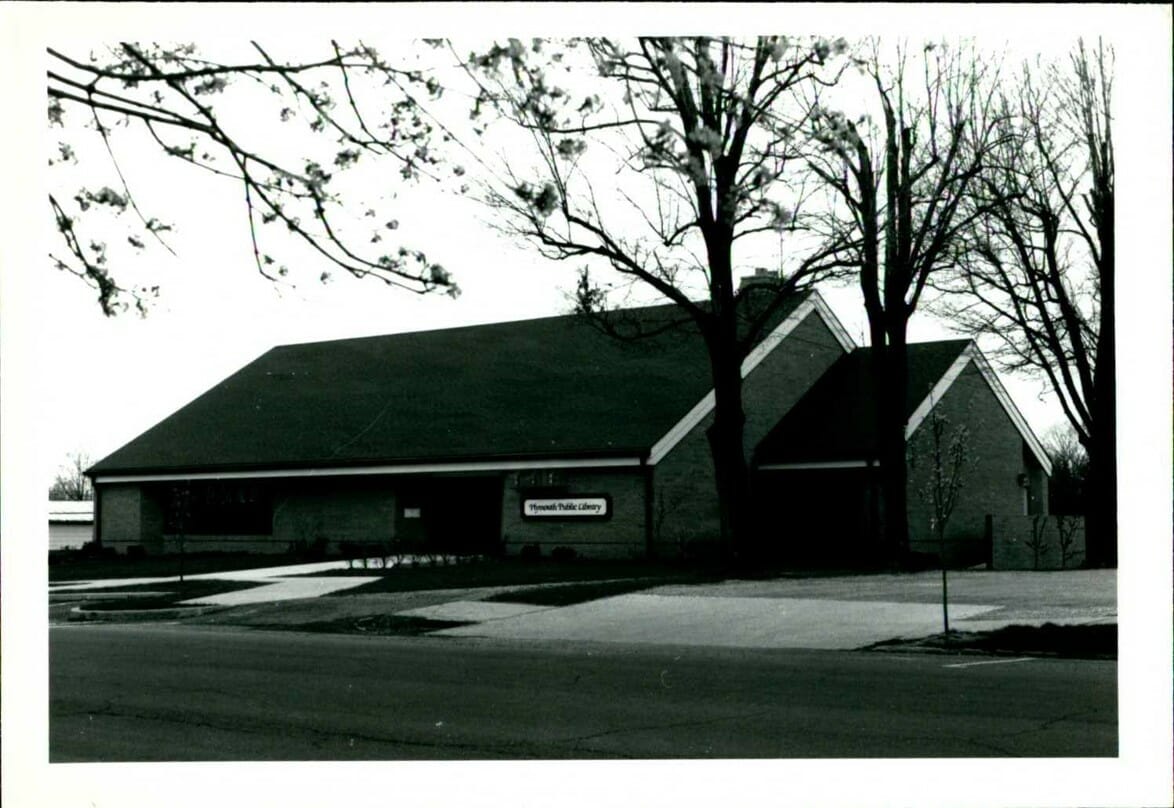 A new Plymouth Branch opens, due largely to the generosity of 100 year old Plymouth resident Rhea Stambaugh. Edward M. Kieczykowski becomes Director when J.R. Krull resigns to take a job in Ft. Wayne, Indiana. On the third try, a levy passes that will lead to a new main library as well as new and/or expanded branches.

New or renovated branches are dedicated in Lexington, Bellville and Butler. 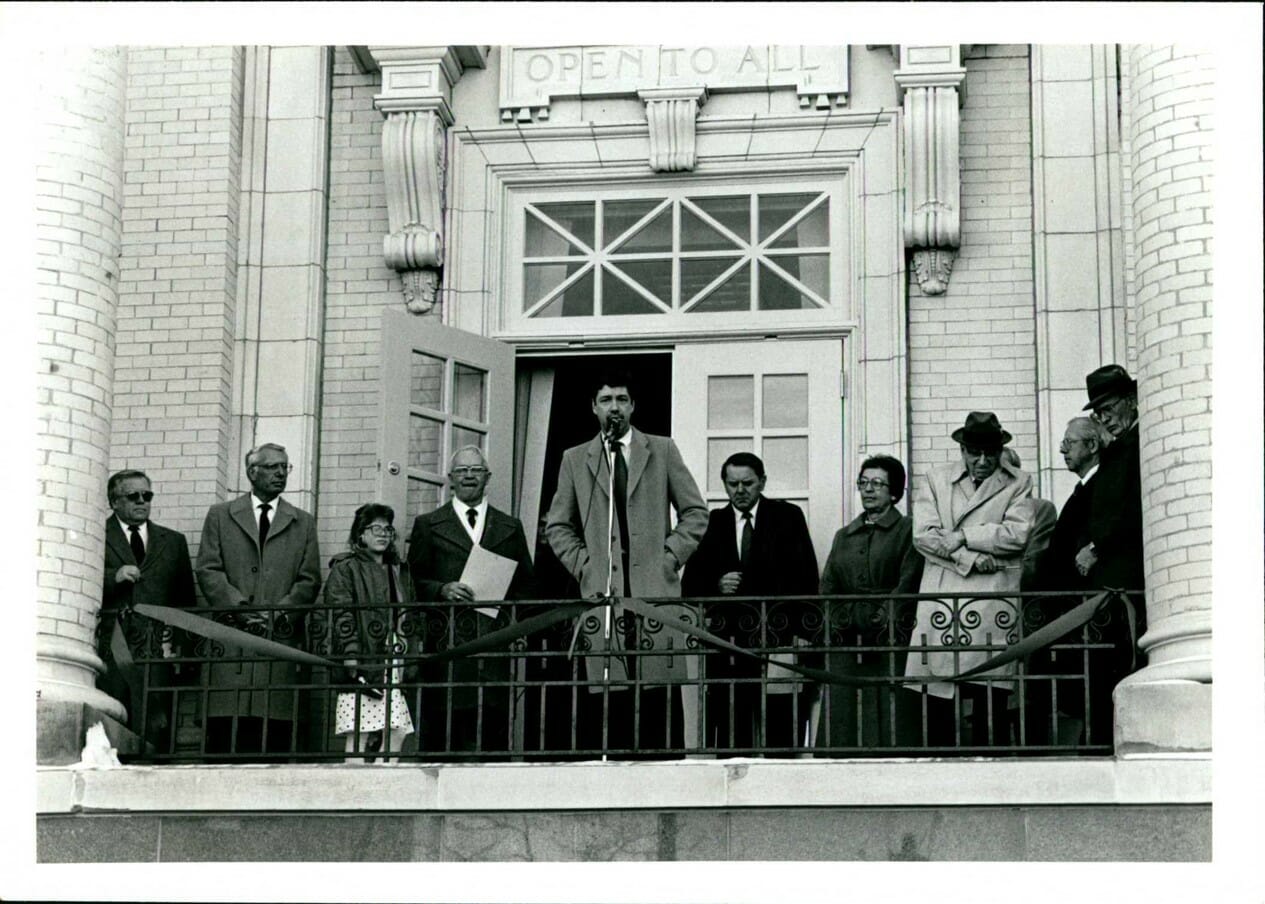 Renovated and expanded Bellville Branch dedicated. The library goes live on the internet with MRCPL.ORG.

A new Ontario Branch is opened.

The State of Ohio cuts library funding during an economic recession—hours and staff are cut.

Joseph Palmer retires and Chris May takes over as director of MRCPL.

A new MRCPL Bookmobile begins bringing library materials and services to the community.

While Mansfield was served by a public library as early as 1855, the current library traces its history back to 1887 when three women of social standing, Mrs. E.O. Huggins, Mary B. Mitchell and Helen P. Weaver, decided that the city of Mansfield could not be considered cultured without a well-stocked and staffed public library. The three formed the Memorial Library Association and proceeded to enlist the support of other prominent Mansfield women, collect materials, raise money and hire a staff. The Memorial Association Library opened in the Soldiers and Sailors Memorial Building on September 3, 1889. In 1904, Mary Simpson McCallum, daughter of Senator John Sherman, presented 700 books, and a full set of the Congressional Record to the library.

The new library thrived, soon outgrowing its space in the Memorial Building. In 1902, head librarian Martha Mercer went to New York to solicit funds for a new library building from the Andrew Carnegie Foundation. She returned to Mansfield with a grant for $35,000, on the condition that the city provide the building site and annual operating funds of $3,500 (10% of the grant). The city agreed to the conditions and the building was designed and built on the site of the Grace Episcopal Church on Third Street. The building, designed by Mansfield architect Vernon Redding, was dedicated December 19, 1908.

Miss Mercer continued as head librarian until her retirement in 1914. Miss Helen Fox succeeded her, and served the library as head librarian for 17 years until her untimely death in 1931. Miss Fox steered the Library through many changes and challenges – closing the library for a month during the Spanish Influenza epidemic, changing the library’s designation from that of a city library to that of a school district library; hiring Helen Keating, the first professional children’s librarian, and starting the first Summer Reading Program for children.

Following Miss Fox’s death, Mildred Sandoe was named Head Librarian. During Miss Sandoe’s tenure, the first bookmobile was purchased and began its service to the community – 5 city schools and 75 county schools. In 1933, the 25-year old Carnegie Building was renovated and thoroughly cleaned by a crew from the Civil Works Administration.

Lois McKellar took over in 1937 after Miss Sandoe’s resignation. She remained in charge of the library for 25 years, until 1963. During her tenure, branch locations were established at Bellville (1937), Plymouth (1937) and Lexington (1956); two bonds issues were passed that provided for a much-needed expansion of the main library that was completed in 1951; a weekly story hour was broadcast on WMAN; the Branchmobile was put into service making stops at local shopping centers in Mansfield and the Friends of the Library formed in 1960.

Arthur Dickinson became the first male to hold the position of head librarian upon Miss McKellar’s retirement in 1963. In August of 1965, the Library made headlines when the roof above the Circulation Desk collapsed. Two very popular items were added to the Library in 1967 – a pay telephone and a photocopy machine. The library changed from Mansfield City School District Library to Mansfield/Richland County Public Library in 1977; the governing authority shifted from the city school board to the Richland County Commissioners.

In 1978, Jeff Krull was hired as library director after the death of Mr. Dickinson. Mr. Krull was faced with the immediate and ongoing dilemma of lack of space in the Main Library building. Two bond issues failed primarily because plans for a new building did not include the 1908 Carnegie building. When the plans for the current building were revealed—a plan that preserved the Carnegie building, the support was strong enough to pass that bond issue in 1986. That bond issue also included funds to expand library service and buildings in branch locations throughout the county. The current building was dedicated on February 12, 1989.

The computer age was ushered in at the Library in 1982, with the introduction of TRS microcomputers. Videocassettes were also added to the collection. The new Plymouth Branch was completed in 1986, with generous donations from 100 year old Rhea Stambaugh and other members of the Plymouth community. Also in 1986, Ed Kieczykowski was hired as library director when Jeff Krull resigned. New or renovated branches opened in Bellville, Butler Lexington, Lucas and Madison.

1991 saw another change in leadership. Joseph Palmer was hired as library director when Mr. Kieczykowski resigned. Mr. Palmer brought many new and innovative services to the community – the first Black History Celebration and the development of an adult literacy program in 1992;  an information and referral service—Information Line, in conjunction with Richland County Job & Family Services, in 1994, to name just a few.

Operating funds have always been an issue. In 1996, Mr. Palmer and the Library Board decided to ask the community for an operating levy, to supplement the dwindling state funds. It was the first levy of its kind here. The community support for the Library is strong – that levy passed, as have three subsequent levies in 2001, 2003 and 2008. The passage of those levies have kept the Library going through tough economic times, providing for a new branch in the Crestview School District (1998), renovation of the Bellville Branch (2000) and the new branch in Ontario (2001).

While all of the expansion and construction was going on, library operations continued at every location, every day. Today, books get checked out, children listen to Story Times, customers use the Internet (which was introduced in 1996); newspapers get read, materials are evaluated and purchased, library business goes on, much as it has since the 1880s. With strong community support and good leadership the library will remain true to the words carved into the marble above the main entrance, “Open to All.”